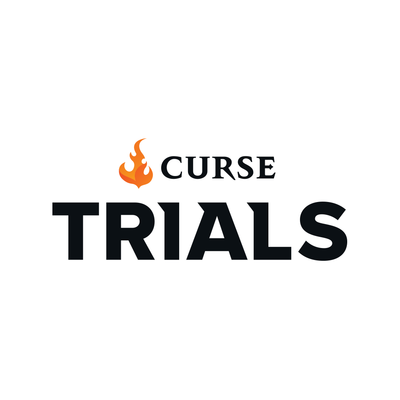 Curse Trials is an event that takes place in the BATTLEGROUNDS community presented by Curse.

Curse and Alienware are happy to bring you the Curse Trials - October. The October Curse Trials are held on Oct 29, 30, and 31 starting at 2pm EDT all three days.

A total of $10,000 USD is offered as the prizepool. Positions 1st - 3rd after the Final ends will be awarded the following amounts.

Scoring is determined by the following rubric:

The Curse Trials October will be played on Erangel only.

The Qualifiers decide who moves on to the Final on Wednesday. This month there are two (2) total Qualifier Groups (A and B). These Groups play on the 29th and 30th of October. Each group plays five (5) total matches, the top eight (8) teams at the end of all five Group matches will move on to Wednesday's Final.

The Final is the conclusion of the Curse Trials, 16 teams from Qualifiers will compete in six (6) total matches on Wednesday, October 31st starting at 2pm EDT. The top three teams after 6 rounds are played are our October winners.