The PGI Charity Showdown is a showmatch being held alongside the PUBG Global Invitational in Berlin, Germany. It features popular streamers such as Ninja, Shroud, DrDisRespect, Sacriel, Rubiu5, Moondye, Willyrex, and others competing in a squads competition with teams comprised of streamers and professional players. The teams will be competing for money for the charity of their choice.

Points are awarded based on finishing position and kills as follows: 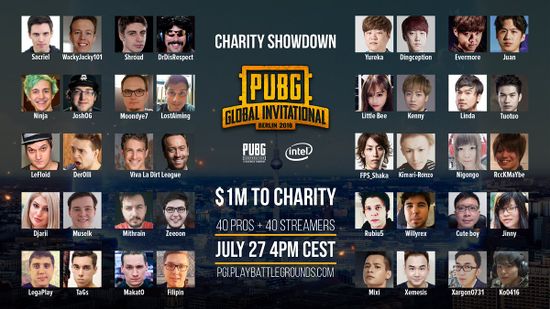